Showing posts from October, 2010
Show all

My Kitchen, My World - Traveling this month to Japan! 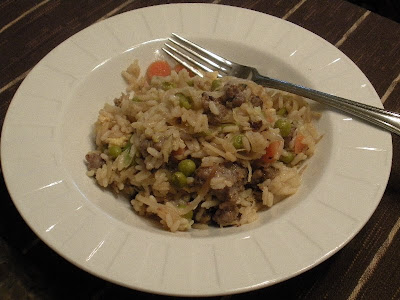 This month with my group My Kitchen My World we traveled together to Japan.  We each get to choose what recipe we will prepare from a certain country each month.  Check out the blogsite to see what other "travelers" came up with.  mykitchenmyworld.blogspot.com   Next month we will be touring Afghanistan.  That should be a challenge! I tried to find something truly authentic.  My DH and I love all sorts of asian food (except for the shellfish which I have to avoid) so I was excited to see what I could find.   So I do what I always do and Google.  Google is just truly amazing to me.  You can find anything you want on there.   I found Glo's Sausage Fried Rice.  Glo says it is an easy to prepare recipe passed down from her Japanese mother and that you won't find anything like it in the restaurants.  It was pretty easy to prepare.  I have to say, however, I would have really liked it had the main ingredient been chicken instead of the sausage.  I was not a fan of
5 comments
Read more 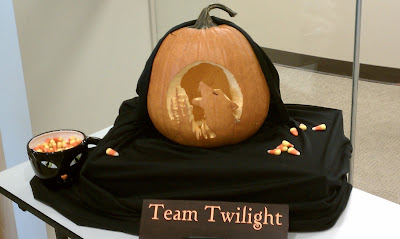 We had a pumpkin decorating contest at work.  A team of four.  Judged on creativity, etc.  This was our entry.  We thought we were very original, "current," and good presentation.  We LOST. I am disappointed for my team.  It did, however, look much better in a dark room.  What do you think?
2 comments
Read more 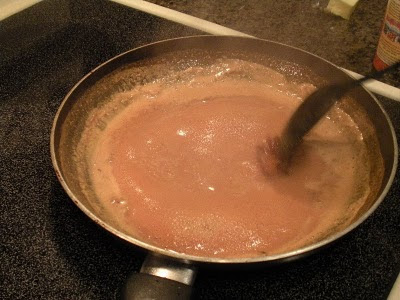 Hostess this week:  Janell of http://lkmortensenfamily.blogspot.com/ I really wanted to do a great job on this pie. Well all things considered, you have to give me a break this week and not expect greatness! I had a little surgery last Thursday.  It was not "supposed" to be a big thing.  This procedure was to determine 100% that I did not have cancer.  It did that. YEA!!  God is good.  Nothing in my life comes without drama.  Apparently my blood pressure did not cooperate and dropped dangerously low in the recovery room so they had to work with me for a couple of hours.  Thank God I was high on morphine and demerol, and they just kept giving me more so while I was aware that things were happening around me, I really didn't care that much!  Oh yes, I can laugh now.  Today I tried to work but I almost fainted shortly after getting there so I spent five and a half hours in the emergency room where they finally determined that my blood pressure was low again.  After runni
21 comments
Read more 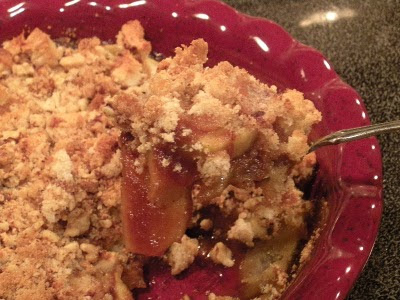 Hostess of the Week:  Jessica of Learning to Love Vegetables I've never had apple brown betty.  Never.  I've heard of it, lusted after it, but never tasted it.  Until today.   While baking, it filled my home with the delicious aroma of apples and cinnamon.  I figured even if it tasted bad, the smell was worth the effort of making it, right?  I've always wondered about the name.  Don't you think Apple Brown Betty is strange?  Why not Apple Brown Lulu for example.  So I googled.  This is what I found.  A bit of history for you. Betty or Brown Betty - A Betty consist of a fruit, most commonly apples, baked between layers of buttered crumbs. Betties are an English pudding dessert closely related to the French apple charlotte. Betty was a popular baked pudding made during colonial times in America. According to The Oxford Companion To Food, by Alan Davison: The name seems to have first appeared in print in 1864, when an article in the Yale Literary Magazine listed
8 comments
Read more 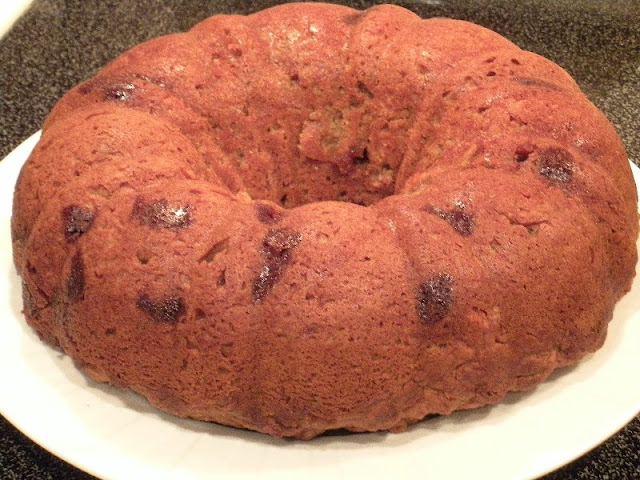 Hostess this week: Lynne of  HoneyMuffin With my trip to Myrtle Beach coming up, I thought this would be the perfect cake to make to take with.  I love anything with apples and double apple sounds doubly good to me!  And it is fall now and to me, apples just go with fall weather!  The double in this recipe is shredded apples, along with apple butter!  The hardest part of making this cake was shredding the apples.  I do not like to shred for some reason! However, because I do not wish to mess up the cake by cutting into it before I get to share it with my friends on the trip, I will not get to taste it until Saturday!  So I am freezing it until then.  And you get the photo of the entire cake, instead of a beautifully cut slice. I left the raisens out only because it seems I have made several apple things lately with raisens and I wanted to try something a little different.  So I used butterscotch chips and walnuts. I cannot wait to enjoy a piece of it! Thank you Lynne for a gre
14 comments
Read more
More posts